Today I am in Tuscaloosa Alabama, at the University of Alabama.  Everywhere you look, you see signs that read......ROLLTIDE.......this town is proud of their football team.  The campus is very nice, tree lined streets and a beautiful football stadium.  Today the weather is warm and sunny, so the outdoor cafes and restaurants are alive with college students. 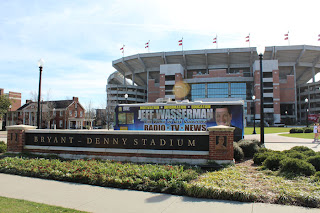 Email ThisBlogThis!Share to TwitterShare to FacebookShare to Pinterest
Labels: university of Alabama

Have you have been following the 2011-2012 Life Coach Road Trip?  I left Dahlonega Georgia on August 21st, 2011.  I took the Life Coach Bus from North Georgia,  to Chattanooga, Memphis, Little Rock, Oklahoma City, Little Rock, on to Albuquerque NM, into Flagstaff Az and arrived in Las Vegas on September 20th , 2011 for the yearly ICF ( International Coaching Federation) convention held at Mandalay Bay Resort on Las Vegas Blvd.

The 2011-2012 Life Coach Road Trip resumed in October, when I drove the Life Coach Bus from Las Vegas to San Diego.  The trip continued to Los Angeles, where I attended the Talkers Magazine Southern California Talk Radio Summit on October 20th, 2011 in Hollywood California.

Please visit the Life Coach Media Facebook page and "Like" the page, so you can stay connected.  Facebook.com/LifeCoachMedia 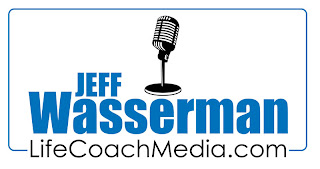 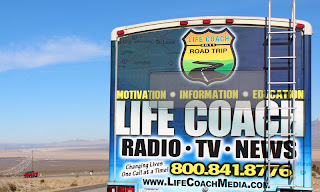 I left Los Angeles on January 4rd, 2012 and headed to Las Vegas.  Something about Las Vegas and the bright lights on the strip.  I have been to Las Vegas many times, but one thing in recent years still amazes me, with all the big hotels, shows and casinos, the people still line up in front of the pawn shop on Las Vegas Blvd near the downtown, where the TV show Pawn Stars if filmed.  I have never seen anything like this.  People line up for hours to get a look inside the store.  The crowds are so large, they have a hot dog stand outside to sell to the crowds. Cabs line up waiting to drop off and pick up tourist who came to see the store that made the TV show famous. 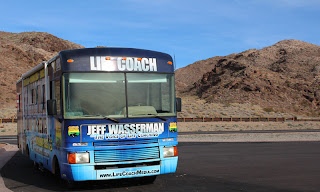 After a fun filled week in Las Vegas, I headed towards Kingdom Az.  The trip is filled with beautiful mountain views.  The new road around the Hoover Dam is an amazing view.  Lake Mead and the Hoover Dam are one of the most beautiful views along the way.  The trip continued on to Phoenix Az. 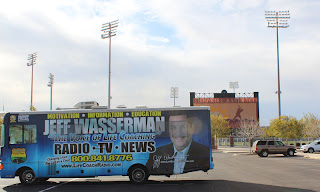 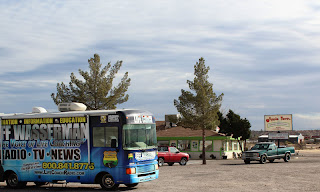 After leaving Phoenix Arizona, I traveled to Tuscon.  After visiting in Tuscon, I headed towards El Paso Texas.  Along the way, I wanted to stop for lunch.  I found the cutest little restaurant in Benson Az, the Apple Farm Restaurant.  How times have changed, here is a very small, family run diner type of restaurant in a very small town and they have free WiFi. 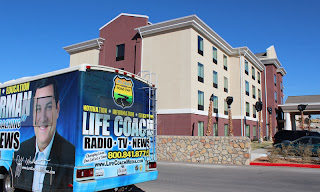 On Friday January 13th, I arrived in El Paso.  I never realized how large and how industrial El Paso has become.  I stayed at the Holiday Inn Express.  As a traveler, or as some call me, a road warrior, I am amazed at the difference in customer service, attitude and level of service I receive each night at a different Holiday Inn Express.  One thing is for sure, regardless of the look of the hotel, the age of the hotel or the location of the hotel, the employee at the front desk who makes the first connection or has the first interaction with the guest, is the key.  He or she makes the stay or leaves you feeling like the hotel staff does not care. 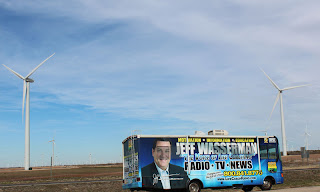 Traveling along I-10 towards Dallas- Ft. Worth,  you come across a town called Sweetwater Texas, just before Odessa.  The town is home to some of the largest wind farms in the county.  As far as the eye can see, rows and rows of very large modern day windmills line the open fields.  These very large windmills have created a second boom for west Texas.  Oil has always been the industry of choice for west Texas, but the wind farms have created a vibrant economy in and around Odessa Texas. 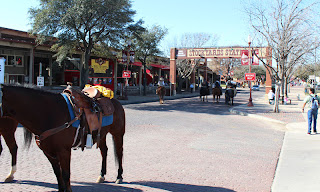 I arrived in Ft Worth on Friday January 19th.  The Stockyards in old Ft. Worth have been transformed into a terrific tourist area.  The cobblestone streets, the afternoon cattle drives down Exchange street and the Cowboy Hall of Fame, help create the feel of a old world stockyard and cattle sale.  It is a wonderful place to visit, lots of great restaurants, steak houses and gift shops. 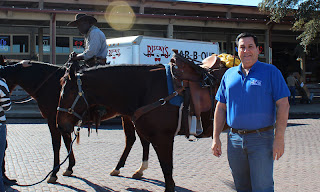 Jeff Wasserman at the Stockyards in Ft.Worth Texas 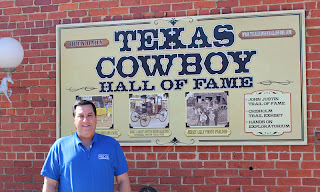 Jeff Wasserman at the Texas Cowboy Hall of Fame 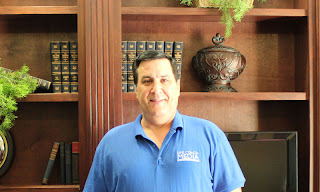 I am now in Dallas Texas.  I am heading east on I-20 tomorrow towards Shreveport Louisiana.  I will be posting new shows in the next few days.  Please check back often.﻿

Posted by Unknown at 2:41 PM No comments:

I often speak with business owners and corporate managers.  In show # 27, I ask the tough questions, the thought provoking questions.  These are the questions you need to ask yourself.

This has been a one in a life time experience.  I dreamed for a long time about the Life Coach Road Trip and it is here.  Since January 3rd, I have traveled from Los Angeles to Las Vegas, down to Phoenix, Tuscon and into Texas.  From here I am traveling to Dallas - Ft. Worth and east back to Dahlonega Georgia.

This has been an eye opening trip.  It seems people want to talk about  two things, unemployment and the republican primary.  I am surprised that people seldom even mention President Obama or congress, they want to focus on the presidential hopefuls.

While in El Paso today, I recorded a show explaining the topics I cover when speaking to groups.  I go over what I feel are the most important topics of personal growth and personal development.  Most people I speak with are interested in learning to improve and understand their life and be happy. 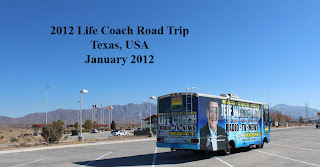 Yes, the Miss American contestants are in Las Vegas, holding photo shoots and events around town.  On Friday morning, they held a fundraiser sponsored by IHOP, where the contestants cooked and served pancakes.

All 53 contestants did a great job modeling their outfits from Express.  The girls were all very nice and just excited to be in Vegas.

I met Miss Georgia, since it was really nice to see our state represented. 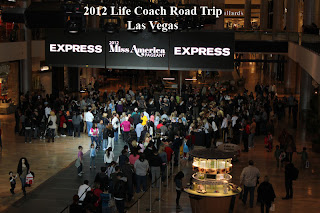 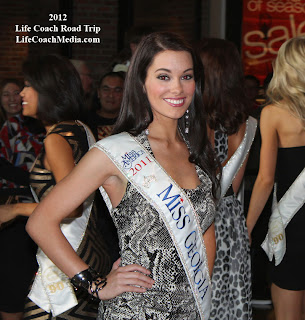 The 2012 Life Coach Road Trip is currently in Las Vegas.  If you are visiting Las Vegas or live in the area, you may have noticed the big blue Life Coach Bus on the strip or Boulder Highway.

I have traveled all over town, from Downtown on Freemont Street to the airport. 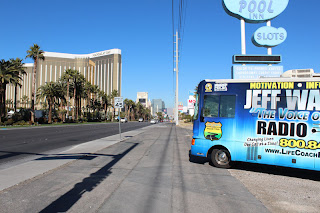 I flew from Atlanta to LA, picked up the bus in Culver City and headed east.  The first night I stayed in Barstow Ca. 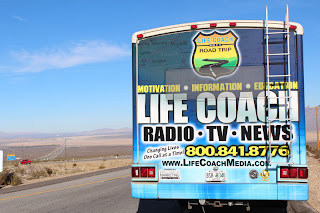 The Life Coach Bus headed to Las Vegas
Posted by Unknown at 2:35 PM No comments: